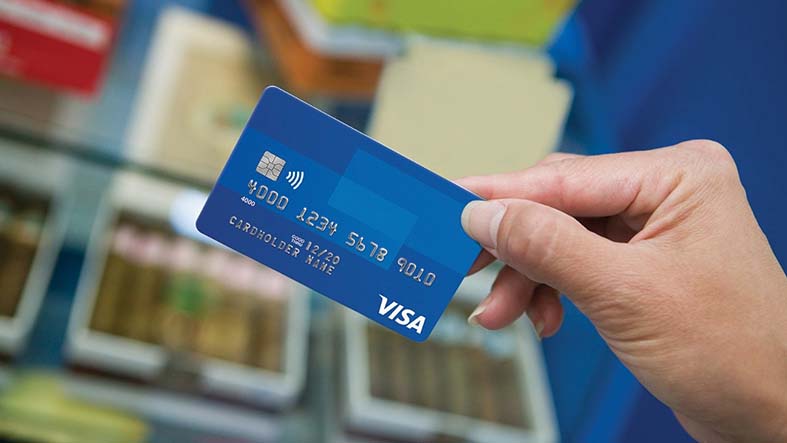 International B2B payments are in the crosshairs of many a firm eager to seize the opportunity to move the trillions of dollars that cross borders away from checks.

One way to cut the paper chase is for companies to embrace commercial card products, which can speed payments and aggregate information alongside those payments, while reducing errors and eliminating security risks typically associated with ACH transactions.

But on an international stage, cross-border corporate payments can present challenges, especially when it comes to getting suppliers to adapt to digital payments.

Boost Payment Solutions CEO Dean M. Leavitt told Karen Webster in a recent interview that a lot of the reticence boils down to cost of acceptance.

Leavitt noted that the industry’s efforts to replace checks and wire transfers must take into account a traditional pain point for international payments. Cross-border “scheme fees” paid to the networks, as well as currency conversion and costs, eat into operating profits, as do interchange rates, which collectively are lucrative for issuers and the networks, but may make suppliers balk.

To spur that acceptance, Leavitt continued, “the way we try to set it up, whenever possible, is to have every transaction essentially operate as a domestic transaction.”

Against that backdrop, a corporate entity based in the United States may have affiliates around the globe. Their affiliate in Brussels, for example, may want to pay a supplier based there — and in this case, Boost would have a card loaded onto its platform that has been issued locally in Brussels.

“When we unpack that payment request, our system will know to utilize the card that’s already been vaulted and tokenized on our platform for payments to suppliers in Brussels,” he said.

Thus, the transaction is treated as a domestic one, and the (parent) company based in the U.S. avoids cross-border and FX fees, as payments are settled in GBP, euros, U.S. dollars or whatever local currency applies, depending on how the transaction is invoiced.

“We will always settle the transaction in the currency in which it was invoiced, so we can avoid the various fees and charges associated with cross-border transactions whenever possible,” Leavitt added.

These international payments, treated domestically, represent about 50 percent of Boost’s cross-border activity, Leavitt told Webster. Advantages lie, too, with automated straight-through processing, as traditionally, many larger firms that have looked to use cards internationally have had to navigate manual processes — mandating, for example, that they go to each supplier portal and process the transactions one-by-one manually.

The push to treat international transactions as domestic ones has spurred Boost to put down stakes in a number of countries and corridors that illustrate a hub-and-spoke model, branching out from North America. Fresh off a $12 million funding round this past spring, Boost has marked recent launches in Singapore, Australia, Mexico and Brazil, with an international roster that now encompasses 33 countries.

Leavitt noted that the company plans to launch in the Dominican Republic and has brought on additional staff to spearhead efforts focused on Latin America.

“Historically, our approach geographically has been use case-driven vs. just planting flags in regions we think are ripe for digital payments,” he told Webster.

He offered an example in which a U.S. firm that uses Boost to process payments may have suppliers in the United Kingdom or Dubai, and then elects to have Boost operate as what he termed a “one-stop shop,” engaging with suppliers in various locales.

“They give us the list of suppliers, and we go out and enable them,” said Leavitt of the traditional relationships that have been cemented between Boost and its customers. The company said earlier in 2019 that last year, it increased the commercial card volume it processed globally by 70 percent.

Solving for international pain points is “going to be a very big push for us over the next 18 months,” Leavitt told Webster. “It’s essentially marketing our international capabilities, certainly to our issuer partners in the United States, but also to issuers around the world, which is what we’re doing in Canada, LATAM, Europe, Southeast Asia and other areas.”

Leavitt also told Webster the company is expanding its offer of proprietary rates, which should spur more widespread adoption of corporate cards, with an eye on introducing such rates in the Caribbean and LATAM. Europe, he said, has traditionally not been a credit-oriented market, but it has increasingly become more receptive to credit-based corporate cards, although he termed that market “five to seven years” behind the U.S. in such adoption.

Looking ahead, he said Singapore offers a gateway to Southeast Asia, and LATAM holds promise, as does Australia.

As payments make their way across borders, the information accompanying those payments matters, too.

“The data is increasingly becoming more and more important,” Leavitt said. “Many of these transactions are larger ones that house many invoices. Moving the money is half the battle, but getting the remittance detail to the supplier in a format they can easily ingest is mission critical.”

He explained that much of the data reporting — beyond the basic details necessary for processing — is submitted by Boost outside of traditional rails and can include specialized formats and information as requested by suppliers.

For the payments themselves, he maintained, the card rails have proven to be a time-tested way to move money in general, but they are less than optimal for large B2B transactions that run into the millions of dollars.

“So, we bend the rails a little better to make sure they accommodate what the requirements are between the trading partners,” he noted. “Given the fact that both the money and the data are moving across a time-tested, scalable and secure infrastructure means everything.”